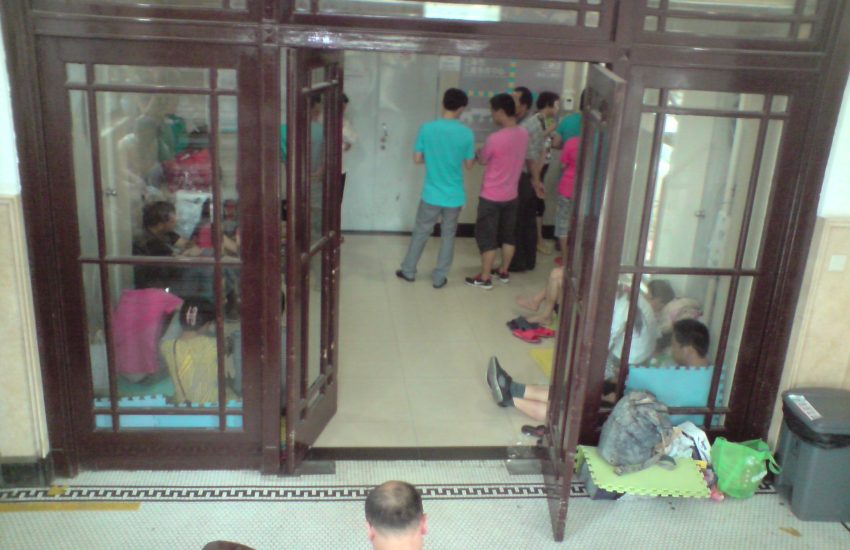 *The video below contains some images you may find distressing*

“…not asleep yet…” I finished off the sentence I had started before going under general anaesthetic. I then noticed the lights above me were different to those overhanging the operating table. It was strange, like time had stopped and restarted. I was no longer pregnant.

Had she made it?

These were my first internal thoughts after waking up from the general anaesthetic.

I clenched my teeth to repress the pain, the fears and the volcano of emotion threatening to erupt inside me. A burning sensation seemed to paralyse both my body and my soul in desperation to not think about her.

I hadn’t even laid eyes on my baby and already she was on the other side of Shanghai, miles away from the bed where I was still hooked up to what could be my fifth hundredth intravenous drip.

Had she made it?

No one could hear my silent, internal screams but when the nurses arrived the atmosphere was strained. The taller one, so thin I was convinced she was anorexic, didn’t yet know of the morning’s turn of events and the emergency cesarean. I saw the shadow of realisation fall across her face as we locked eyes for a few long seconds before she continued to go about her duties in a grim, efficient silence.

For three turbulent months I had been able to hold on, but at barely twenty eight weeks she had finally overcome my struggles and forced herself out of my apparently inhospitable womb. Now my baby was all by herself, fighting for her life in the hands of strangers in a culture I still found difficult to comprehend, even after ten years.

The telephone rang and my mother, who had flown over from the UK two months previously to be by my side, left the room to answer it. She must have known that she’d have to come back in smiling however bad the news might be. I was already on the brink of mental collapse, hanging over a cliff of despair by one hand. I was too afraid to hope and not ready to allow myself to let in the love for the baby that I knew needed me so desperately.

The above is an introduction to my nightmare pregnancy in China. What I believe triggered the problems and what made it worse will be explored in future posts. It’s a journey I’m still travelling as I’m recovering from PTSD. I will also give my tips as to what you can do to maximise your chance of having a positive experience with a premature birth in China. Another topic to be covered is the possibility that while receiving medical care in China, you may be put on medication that is already banned in your own country.