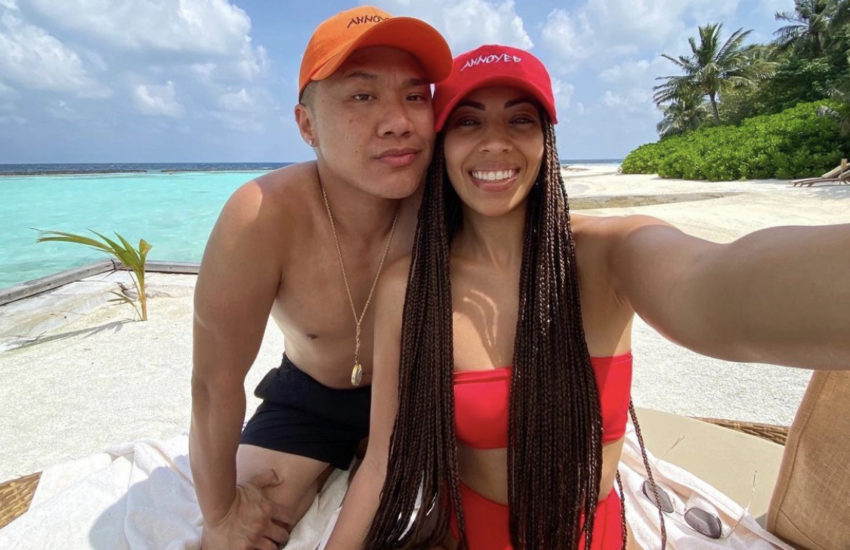 Whenever I hear about a new celebrity WWAM couple, I can’t help but feel giddy. Even if they’re not new and have been together for a long time!! It’s like discovering a unicorn. Not sure why I think of it like that, but that’s how I feel when I see other WWAMers, in media or in public.

Today I am going to introduce WWAM ‘celebrity’ couples that are not well known and that I incidentally discovered on my own. Included are their Instagrams in case you want to check them out! 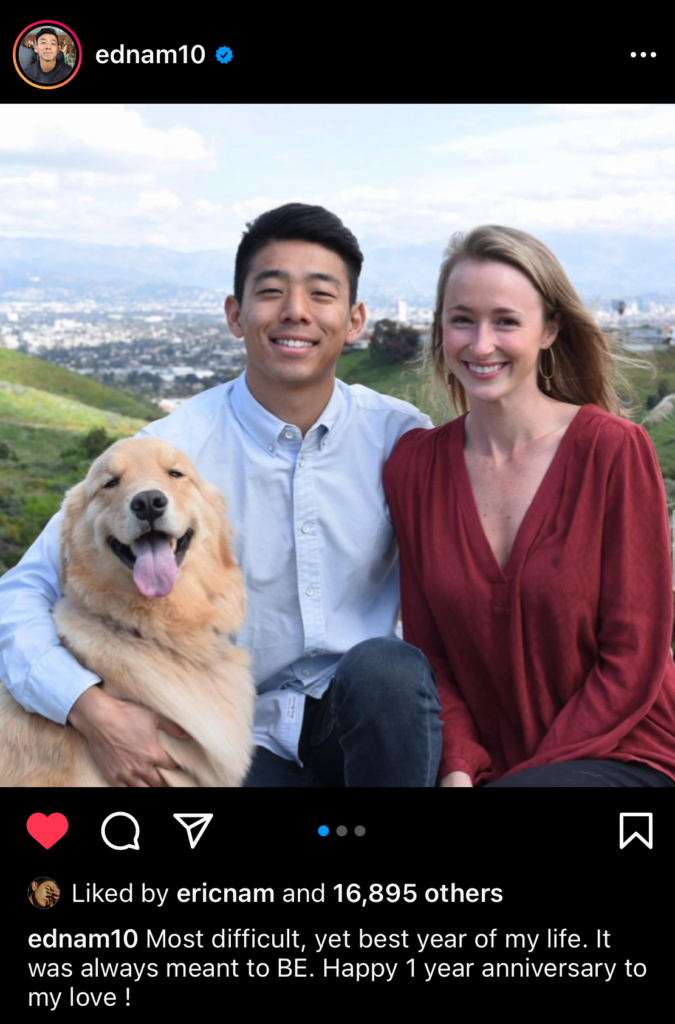 Not necessarily a celebrity couple, but I consider them one. Eddie Nam is one of Eric Nam’s brothers and Eric’s manager. If you don’t know who Eric Nam is, he’s a KPop singer with a voice that will make you swoon. I learned of Eddie Nam through Eric Nam and also because of Epik High’s music and The Tablo Podcast.

I grew to learn a little about Eddie and Brittany’s relationship whenever he was a guest on The Tablo Podcast. It was cute when he explained they were high school sweethearts and have been together for a long time. Both of them grew up in Atlanta. Listening to his stories about him and his wife always made me smile. Check them out on Instagram on Eddie’s profile. 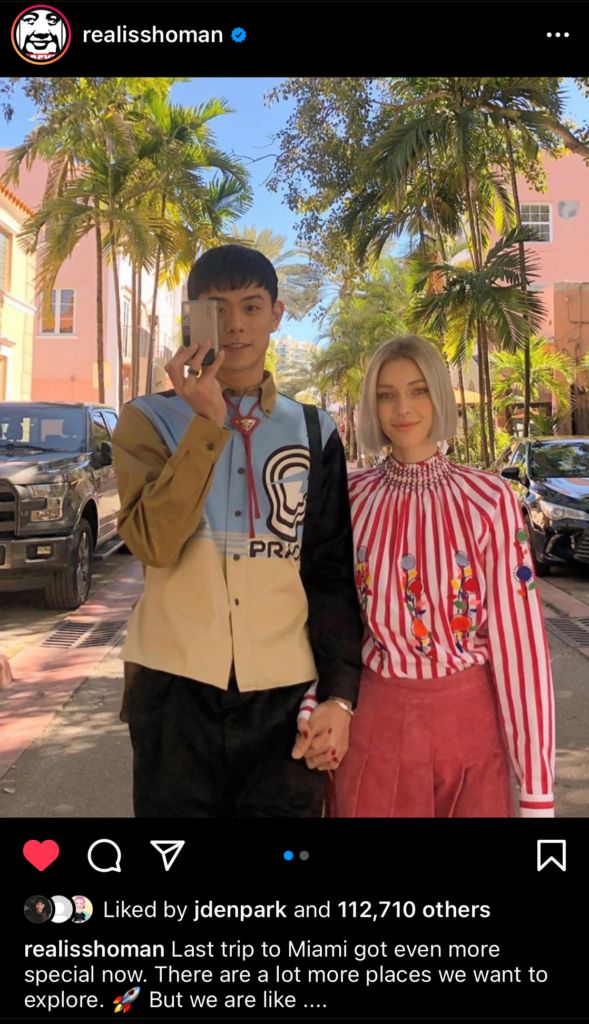 Beenzino is a Korean rapper. I’ve been a fan of his music since  2014. When I found out his girlfriend was Stefanie, I was overly thrilled and so jealous at the same time! She’s a gorgeous model from Germany. Their relationship is inspiring and so lovely. I read that they met in 2014 and began dating in 2015.

This is how you know it’s true love. Due to Korea’s compulsory military service, Beenzino enlisted in the military in 2017 and Stefanie waited for him that entire time!

They’re very open about their relationship on social media and love seeing photos of them on Instagram. They are officially engaged as of JAN 1ST 2021!! 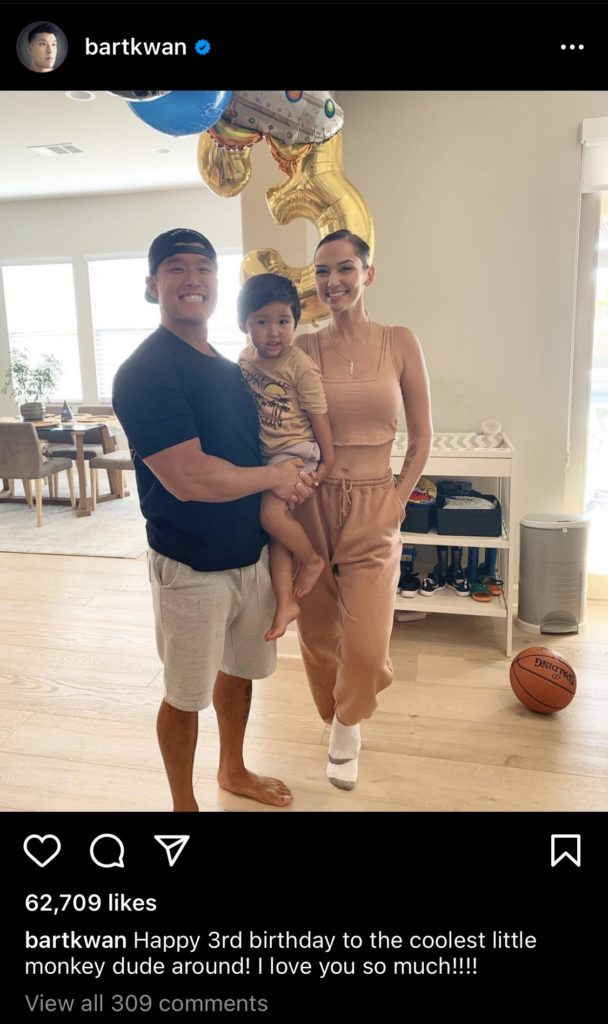 I knew of Bart Kwan from his collaborations with Wong Fu Productions. His memorable appearance to me was in their YouTube video called “Two Weeks Later: Resolution Fails” (which is perfect to watch around this time if you made New Year’s resolutions and have not kept them). I cannot remember what made me find his Instagram, but when I saw that he is also a WWAMer, I was estatic!

His son looks almost like him and their family photos are so cute. I love his stark honesty about his wife and their love life. 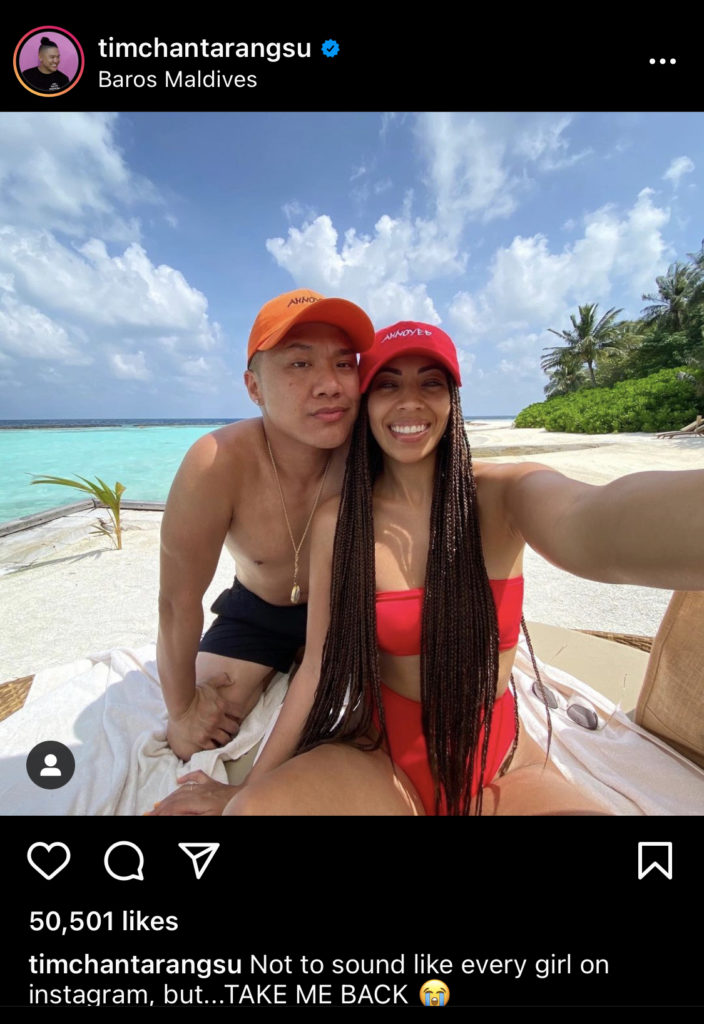 Timothy is famous for being on YouTube and being on Wild n Out, an American game show where rappers do some freestyle and rap battles. Finding out he is a WWAMer made me smile. He made a “dissing” song about being married to his wife, but it turns out that he’s just grateful for her. (It’s for humor since he does comedy as well.) His wife, Chia Habte, is a nail tech and lifestyle blogger. I just recently discovered them and don’t know how long they’ve been together, but really excited to see new pictures from them. They’re soon to be parents and cannot wait for their little one to come into this world! 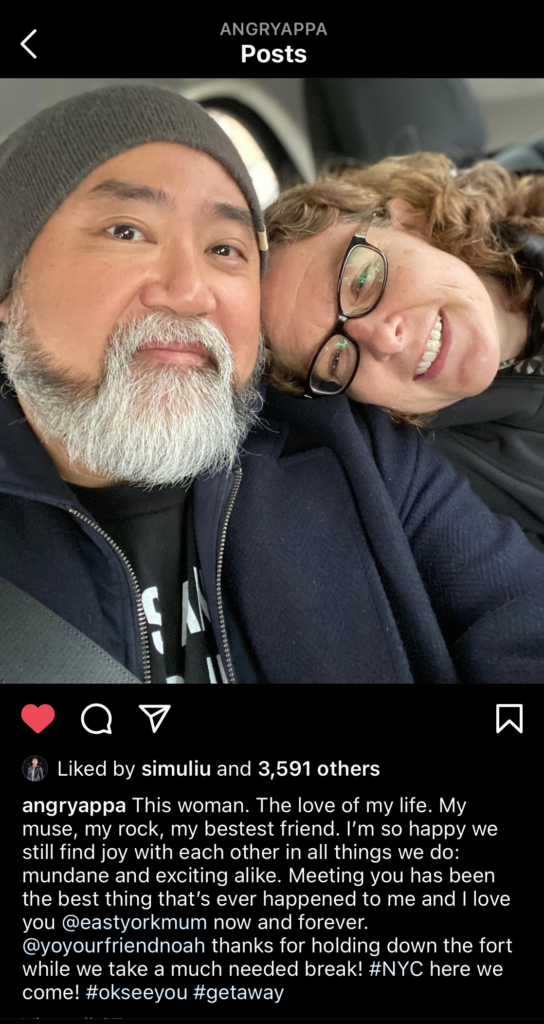 After re-watching Kim’s Convenience on Netflix, I searched Instagram for some of the stars. Paul Sun-Hyung Lee plays Appa on Kim’s Convenience. After scrolling down Paul’s Instagram, it wasn’t until I saw photos of him and his wife that made me discover he is a WWAMer!

Paul is a big nerd and is featured on the Mandalorian show in season 2!

I don’t know much about him and his wife, but they have a few kids and they seem to have been married a long time. Their photos together are so sweet.

This was another big surprise! Andrew plays Kimchee, Jung’s best friend, on Kim’s Convenience. He’s married to Tamara and they have two sons. (I love that her Instagram says “Obsessed with my husband”)! Their kids are so cute and they all look like a perfect family. I love that they’re both very open about their love and showing off their family on Instagram. So many Canadian WWAMers!!

I wonder if Simu Liu (Jung on Kim’s Convenience) will be a WWAMer like his co-stars? Did you know any of these not-so-famous WWAM couples?

Holly Hollins
Holly Hollins is an American who graduated with her Master’s of Law in Shanghai and currently resides in her hometown in Michigan. She enjoys writing fictional stories in her spare time and is in the process of figuring out how to make her novel better. Her and her Vietnamese boyfriend have a 10+ year friendship and finally established their boyfriend/girlfriend label on Christmas Eve 2020. Holly also is a big advocate for autism and does professional presentations on the topic in China and in Michigan, USA.