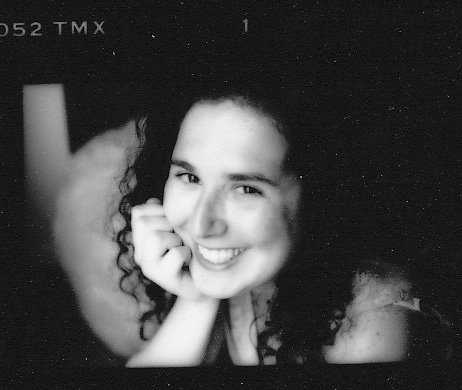 The first time I felt trapped was in a service elevator in a Washington, DC YMCA. I was 22 and wearing nothing more than a one-piece bathing suit. A staff member was on the elevator with a large plastic tub on wheels, filled with towels. There was barely enough room for him, the tub, and me, but I knew him from previous visits to the Y and thought nothing of riding the elevator from the women’s locker room down to the pool entrance. (The men’s locker room opened right onto the pool.) Plus, there was no other way for women to reach the pool. 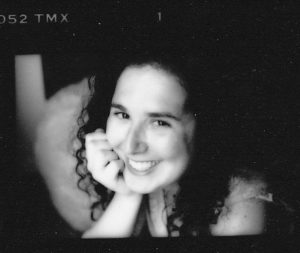 Sometimes I swam with a friend and sometimes alone. This time I was alone and almost as soon as the doors closed, the staff member put his hand on my bare arm and said we should go out sometime. I froze and didn’t know what to do. The big plastic bin took up most of the space, so I couldn’t move away from the staff member. And his hand was still on my arm.

The doors opened onto the pool deck and I mumbled something vague before escaping. I told a couple of male colleagues back at work that afternoon and one called the Y to chew them out. The staff member wasn’t taken off the elevator route, the women’s locker room wasn’t miraculously moved to the same level as the pool, and I felt very uncomfortable each time I saw the staff member in the elevator. He sulked as if I were at fault for him getting into trouble. I stopped going to the Y soon after that.

From the time my friends started dating I was quite intimidated by relationships. It seemed almost like a battlefield, like we women and girls had to be on our toes, always watching out for men who wouldn’t treat us well. We saw it in movies when the woman tries to break free from the man, and he forces a passionate kiss on her and it’s happily ever after. But what if I didn’t like the one who ‘passionately’ kissed me? It was just easier not to get into those situations, even if if that meant not doing something I enjoyed like swimming. 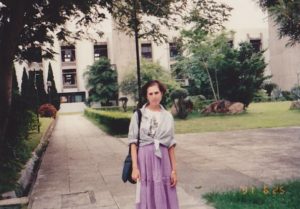 Avoiding men who made me feel uncomfortable was something I’d become used to in college. A couple years before the Y incident, I was studying in Hong Kong and a local student asked me out. Something about him felt icky, but I accepted the date only because I didn’t know how to say no. Nothing memorable happened on the date, but I avoided him for the rest of the year, always turning in the other direction when I saw him or freezing in my desk chair when the hall phone rang for me in the dorm.

When I was 23, I was back in Hong Kong for grad school and swam at a couple pools that summer. Lifeguards from both asked me out while I was in my wet, dripping one-piece. I didn’t know what to do, but started to think maybe it was me. Maybe I was approaching this all the wrong way. Maybe I was just cold, uptight, an ice princess, a bitch? So I said yes to both lifeguards. And when one wanted to go far, I didn’t say no.

In between the lifeguards, I asked out a local guy I met through a friend’s friend when we all went to a posh Wanchai hotel nightclub. The following week, this guy trapped me in a bar up in the New Territories, two hours from my home. He grabbed onto my arm, squeezing with all his strength so I couldn’t leave the booth. I froze up, paralyzed, hoping he wouldn’t break my arm. I also hoped someone else in the bar would realize what was going on. But no one noticed. When he finally let go, he asked me to go home with him. I worried about getting back to my apartment alive. By some miracle he paid for a cab to take me back to my apartment, alone. My upper arm was covered in bruises for weeks after that.

That fall I started to hang out with the mainland Chinese community at the university during the first semester of grad school. Most of the mainland students were married, and I had married friends in China, so I thought they were safe. So naive, I know. But I was only 24 at the time. A couple of single male students would knock on my door at night to talk briefly in the hall, but that was it. Then one night a married student knocked on my door. I just assumed he wanted to speak English with a native speaker like the other guys had. I thought he might be like my father’s Chinese students back in the US who had taken me under their wings when I was in high school. I was like their little American sister.

Instead, he became the worst kind of predator, the kind who goes in for the kill and discards his victims when he’s finished with them. He bragged to me years later that he did this to many women on campus, including my roommate. It’s no wonder I jumped into the arms of the first man I met on campus who didn’t try to coerce me into doing something I didn’t want to. (That marriage had its own problems, but that’s another story for another day.)

No country is immune to men who treat women like crap. Jocelyn Eikenburg writes about it here. And SupChina reports about it here. In Hong Kong, athlete Vera Lui has recently spoken out about how her coach sexually assaulted her. Former Miss Hong Kong Louisa Mak has also spoken out about her experience. The Hollywood Reporter writes about sexual harassment in the Hong Kong film industry here. Just as new cases come out in the US every day, we’ll continue to see them from Hong Kong and China.

American and Chinese cultures may be different, where Americans are seen as aggressive cowboys and Chinese men are seen as devoted family members, but predators are prevalent in both cultures.

There will always be internet trolls, but the dialogue is changing and women (and men, because it doesn’t just happen to women) are learning predatory behavior is so widespread, we’re not alone, and it’s definitely not our fault when it happens.

It’s not easy to write about this, but I’m not going away and neither should you. If you have an experience you’d like to share, our ears are wide open.