We moved back to the UK in 2011. It didn’t take long before I was searching the Chinese supermarket for those vegetables I had grown to love in China that are not available in British supermarkets. I found garlic shoots (suan tai), Indian leaf lettuce (you mai cai), and lotus root (lian ou) but a few favourites were nowhere to be found including edible chrysanthemum (tong hao) and celtuce (wo sun). 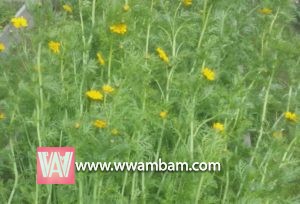 After three years of searching we realised that if we wanted to find them we would have to grow them. My father gave us a corner of his allotment in return for helping to weed his side. The first year was a disaster. I greedily decided to leave the Indian leaf lettuce and edible chrysanthemum too long, hoping that they would continue to grow and I would have more to eat. This resulted in leaves that couldn’t be broken up inside the mouth, and tough stems that had hardened on the outside. The cucumber seeds didn’t germinate and the chilli seedlings took one look at the weather and gave up. 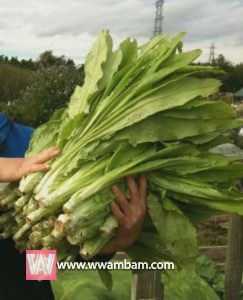 Last year was our first successful crop. We grew Indian leaf lettuce and edible chrysanthemum alongside some bok choy. The bok choy was soon discovered by various insects. However, the other two were completely left alone. It seems the British insects are yet to grow accustomed to their flavour.

The Indian leaf lettuce grew in such quantities that we loaded up the boot of the car and delivered to our Chinese friends around the city. In return we received boxes of cold spicy lotus root slices and upon our final delivery they insisted we stay for lobster. The edible chrysanthemum was delicious. It has a distinct aromatic flavour and benefited enormously from being harvested when young at about 15-23cm in height. For one dish, you will need to harvest a few of the plants into a bunch. 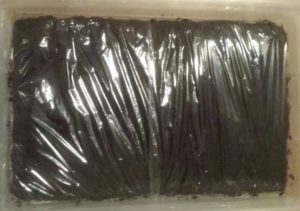 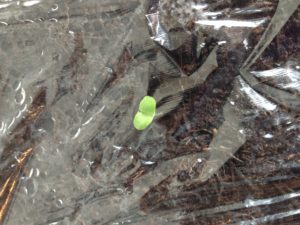 This year I finally managed to get my hands on some celtuce seeds. We planted them early February with the kids and waited. Would they grow in Scotland? Their successful germination was a cause for celebration. After a few weeks inside a box in our living room with occasional visits to the balcony, weather depending, they graduated to the wind blown allotment.

One didn’t make the move but the others settled in. I have read that celtuce can suffer from an aphid attack but we found no insects on any of our crop and as usual didn’t use any products on them so 100% organic. 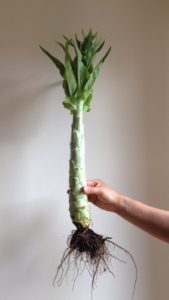 Last night I ate my first celtuce in almost 6 years. It had grown incredibly well. It can be used raw in a cold Chinese salad or stir fried with or without meat. It can be cut into long thin strips or in thin slices. It’s crunchy with a light flavour all of its own, a little nutty with a smokey aftertaste but very mild just a hint. Perhaps a little similar to the scent of freshly cooked aromatic rice. Some people stir fry the leaves too but they are a little bitter for us. Some eat the leaves as the stem continues to grow. 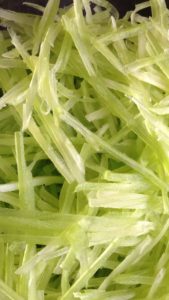 Are you tempted to have a go?