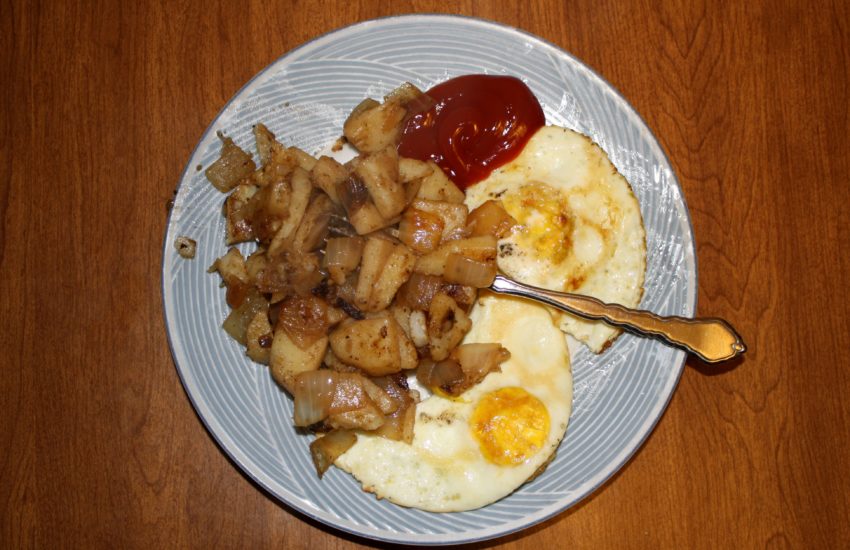 Many years ago here in China, I remember sitting down to lunch with the wife of my husband’s cousin on a sultry summer day. Surrounded by the tempting aromas of the many delicacies covering the table, we invariably turned our thoughts – and the conversation – to food.

I still don’t remember exactly how we stumbled upon the idea of foods you should and shouldn’t eat. But somehow, the topic surfaced in our friendly chat at the table. And that’s when she began pointing out some curious combinations of foods you should never, ever eat together. Including one particular suggestion.

“Don’t eat potatoes and eggs together,” she said, explaining that the combination was supposedly harmful to your health.

She might as well have been wagging her finger at me and my entire family in America, not to mention entire countries in the West. Growing up, I had watched family members combine potatoes and eggs in all sorts of casseroles and quiches and more. I remember being particularly obsessed with the section on potato recipes from the Betty Crocker cookbook my parents bought for me, and trying my hand at a number of dishes that happened to combine potatoes and eggs.

Besides, during my semester abroad, I chose to study in Spain, a country where the tortilla de patatas, or potato omelette, is one of the most popular foods. I was a vegetarian back then and recall with fondness the many weekend trips when I brought along a sandwich roll stuffed with a tortilla de patatas for lunch.

I had yet to perish from my allegedly “hazardous” egg and potato dishes. And as far as I could tell, the entire country of Spain was doing just fine, with no plans to suddenly cancel one of their most beloved foods. How was it possible that biting into a potato omelette would put your life at risk?

So I tried explaining this to her, nicely, speaking from my own experiences and highlighting the importance of this combination to an entire country.

But no, she wouldn’t budge. Eggs and potatoes were a bad idea.

I later shared this with my husband, who had never heard of it. Still, this cousin’s wife had lived her entire life in the countryside and never went to high school. We just shrugged it off as some odd local old wives’ tale she had learned from her parents or someone in her village.

Turns out, however, she wasn’t the only one who believed this.

In March, China Central Television came out with a report for the country’s national day for consumer protection (which falls on March 15), exposing so-called “dangerous food” combinations as rumors – including eggs and potatoes:

To combat these ingrained beliefs, the segment featured an interview with College of Food Science and Nutritional Engineering Professor Fan Zhihong who reassured the televised audience that they won’t get sick from eating deadly food combos, urging the public to select foods based upon nutritional and hygienic value instead. As proof, Professor Fan showed off the results of a laboratory test that conclusively proved that cooking crabs with tomatoes does not produce any harmful amounts of arsenic, contrary to traditional Chinese belief. …

In order to conclusively drive its point home, the segment concluded by focusing on a popular online food restriction guide. As Professor Fan pointed out, the “China Nutritional Committee” that supposedly published the guide doesn’t exist; even more brazen, the guide features a false quote from the World Health Organization which is supposed to have said: “If food is not properly matched with each other, then food will become the death of you.”

The Beijinger article referenced a poster of that food restriction guide, and you can clearly see the eggs and potatoes on the second row, third from the right: 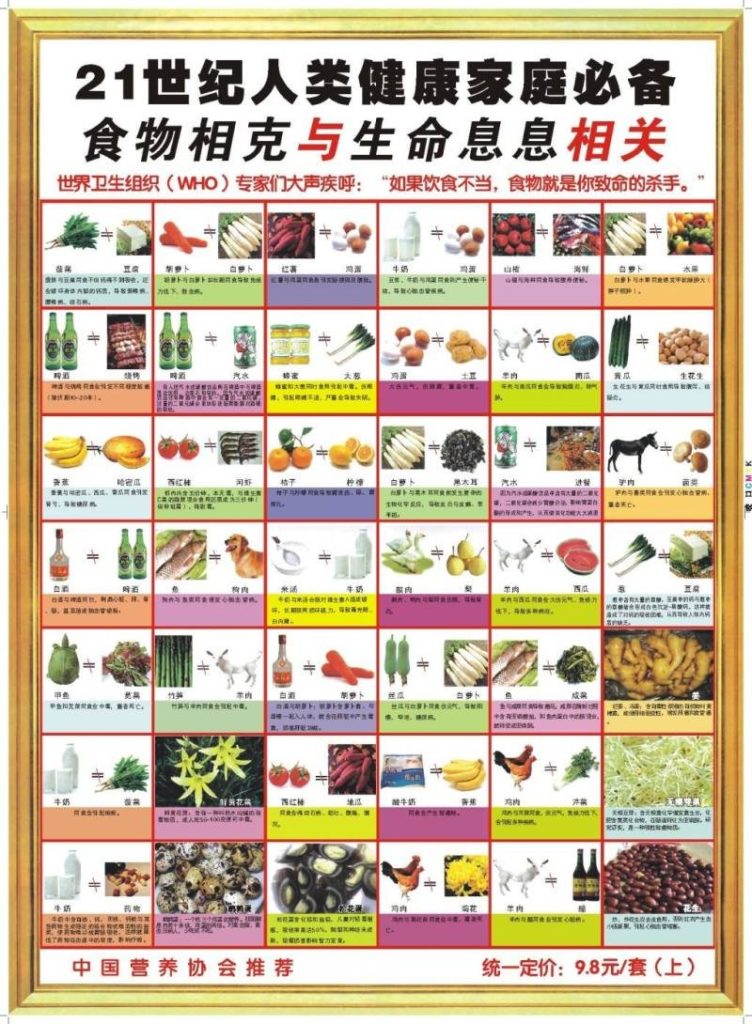 I should point out China doesn’t have a monopoly on pseudoscience, as other countries have far more damaging examples of unscientific rumors. After all, my country of America is also home to a not insignificant number of parents who believe vaccines cause autism (despite the clear scientific consensus this is not true), resulting in outbreaks of totally preventable diseases, like measles.

Still, I can’t help but wonder if the cousin’s wife happened to watch the CCTV expose for the consumer protection day – and what she would say now if I ever offered her a tortilla de patatas.