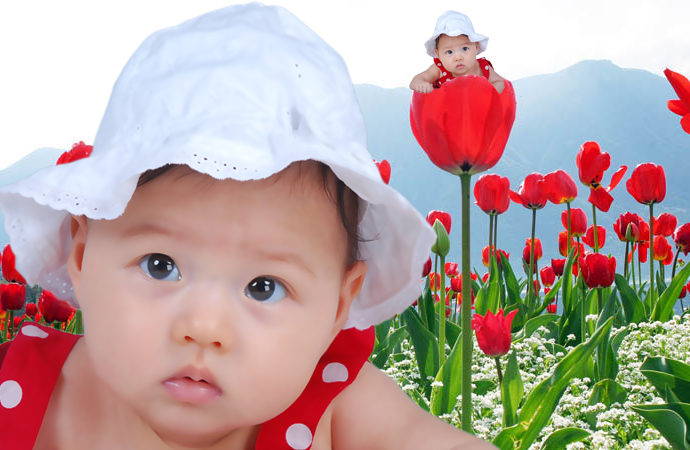 I think that if you are living in China or have a connection to China then it is nice to have a Chinese name be it your official name or not. As a parent of cross-cultural children, I never considered the option of not having a Chinese name. I would like my children to feel close to their Chinese heritage. Carefully choosing a Chinese name can show my children the respect we have for China’s culture and language. We like to introduce Chinese culture to them in many ways. Our eldest plays tennis and her Chinese grandmother made her a tennis dress with Chinese silk Stitched into the sports fabric.

Simply speaking it is also much easier for my husband’s non-English speaking relatives to pronounce their name as its Chinese. Therefore, when choosing the English name, I don’t have to worry so much about selecting one they can pronounce. In Gansu, this means excluding names with an ‘N’ sound. English names directly translated into Chinese characters often don’t sound like real Chinese names. I don’t want to choose an English name based on what the Chinese translation will be like. It would limit an already difficult choice. 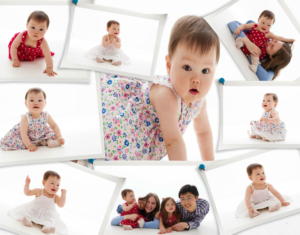 There is something a little different in our children’s Chinese names. They don’t have their father’s surname. Sadly my husband’s father was a violent man and therefore we decided we didn’t want them to take his name. I have never even seen a photo of him. Therefore, we chose the family name Hua 华 as the same character can also be found in China’s name: 中华人民共和国. I explained to our children that as they are half Chinese, they have China’s family name. Our eldest is called: Hua Mei Qi 华美淇. 美 sounds like May and she was born in May. 淇 has the same sound as 奇 in 奇迹 and my husband thought it was a bit of a ‘miracle’ because I had been told I could be infertile. Our middle daughter is called 华美淩. She also has Mei in her English name in the middle. We like to have a link between the girls’ names (美) as they are sisters but this has made it more difficult when choosing the name for our youngest as it narrows our options. We didn’t expect to have three daughters. We also like to choose a character that sounds cute when repeated like 淇淇 or 淩淩. The last time we looked at our youngest’s name, the sound tao was quite popular but it’s not decided yet.

My husband and I went through many character combinations before we found the ones that both of us like. I would suggest some but he would say they were too common, or that the combination didn’t work as a Chinese name, for example, beautiful mountain 美山. There were many combinations he liked that I didn’t as I didn’t feel that they sounded like girls names.

Another difficulty we came up against was a custom in Gansu. I’m not sure how many provinces have this tradition. When choosing an English name, we often like to include the names of relatives we would like to remember, this often includes grandparents’ or great grandparents’ names. Sometimes it may be used as a first name, but often as a middle name. However, in Gansu, we weren’t allowed to use the same sound as that of an elder relative’s name, not just the same character but also the same sound. I was told that it was disrespectful and my husband’s younger relatives wouldn’t be able to call our children’s names out loud if it sounded similar to an elder’s name. Most of the character combinations I liked included at least one sound from an elder’s name. Ying, for example, was from his maternal grandmother’s name. It was very difficult to avoid these sounds but we tried our best.

At this stage when we had a good idea of the sounds we both liked, we checked with my parents who were keen to like the name too.

Once we had chosen the sound of the name, we then looked into the characters. I learnt that some characters are more commonly used for girls and others for boys. My husband also told me that he found Chinese names much for flexible than English names because you were not restricted to a book of baby names, you had thousands of characters to choose from. When choosing English names it can be difficult because most options can be found in one book. Someone once said, “you don’t realise how many people you dislike until you name your child”. My husband would try to help me choose the English name but the ones he chose were normally too old fashioned or it was the same name of someone I didn’t like at school or in the media.

Some parents will also use characters that show their child the hope they have for their future. “Instead of giving your child gold, teach him a skill.  Instead of teaching him a skill, bestow a good name upon your child” – in Chinese, “赐子千金，不如教子一艺。教子一艺，不如赐子好名”. However, this is not always the case. When I first arrived in China I assumed that everyone’s name had a significant meaning and I used to ask but I was often told it was just a name.

My husband uses www.name321.net to check the suitability of the name and checks different characters with the same sound. To be honest I don’t really understand this part. All I know is that this website helps him to analyse the name’s Ba Zi (eight characters) and this is related to the Four Pillars of Destiny. You will be given a result showing how well the name does and it is graded out of 100%. My husband likes to choose names that are ideally 100% but at least 90%. He chooses the characters for the name, I’m not involved at this stage. He also likes to write it down to see what it would look like as a signature.

Many foreigners in China like to choose a Chinese name. My Chinese name is 米静婕. Mi was to represent my surname, Miller. Jing was to represent the name of the town I was a volunteer in 静宁. This was my name until I looked up the characters in the dictionary and found that my name meant Rice Calm. I wasn’t too happy with that as it wasn’t the kind of meaning I was hoping for. However, I had been called Mijing for a few months and already identified with it. Therefore, I asked two of my Chinese friends to help me choose a third character and they chose Jie.

A name can help you fit in and I much prefer my Chinese name to a translated version of my English name, Felicity. My husband calls me Felicity, my mother-in-law calls me 米静, while my husbands younger sisters and several of his friends call me 嫂子 (Saozi, elder brother’s wife).

Have you come up against any unexpected cultural differences when choosing baby names?