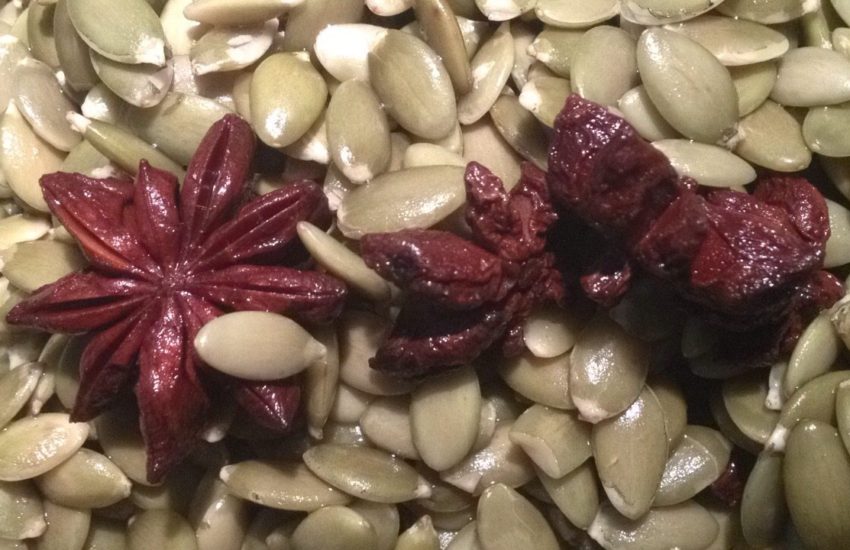 I discovered nuts and seeds in China. In the UK the majority of nuts are sold in their raw original state unless you include salted peanuts. As a child sunflower seeds tasted like our rabbit’s food and I had to be force fed walnuts even if hidden inside a chocolate brownie. Chinese nuts are different. They have been toasted and roasted and seasoned to perfection, my favourite being the Chinese Watermelon Seeds.

Unfortunately for my nut craving, we have left China and we have kids. This means that we can only find Chinese seeds in the one Chinese supermarket, albeit not my brand of preference, who can beat a genuine packet of Zheng Lin! The second problem is that with children I find myself looking at the ingredients and perfection may not be the right description: sweeteners and E numbers are commonly used.

When Chinese people first arrive in the UK, they have been known to bulk buy sunflower seeds shell still intact. However, one British shop assistant was confused when their Chinese customer returned the seeds complaining they were too old: “How do you know? Are the birds not eating them?”

After three years of dreaming about a freshly opened pack of Zheng Lin, I decided to have a go myself. Unable to find watermelon seeds I bought pumpkin seeds. I could smell that familiar rabbit food smell but this was definitely bought from the non pet section. I boiled some star anise in a pan and added some salt, then a little sugar, then a lot more salt, some more sugar then finally that taste. The taste of my boiled water now was similar to that of Chinese Watermelon seeds. I let it cool down before adding in my pumpkin seeds and let them soak over night (sometimes I now just add them in as soon as the heat is turned off but if you want to maximise the nutrition content I would suggest being more patient than me).

The following morning I drained the excess water away and spread the seeds on a sheet of greaseproof / baking paper on a tray. I set the oven to a low temperature of about 80-90 degrees Celsius and waited until they were dry – normally a good two hours. I later discovered that this process is called dehydrating. The seeds tasted amazing first time round. No artificial sweeteners or unrecognisable ingredients. I have since bought a proper dehydrator and dehydrate at between 57-74 degrees Celsius – the lower the temperature the more nutrients are preserved but the longer the dehydrating time. If you frequently use the oven instead of a dehydrator you may blow out the fan.

The trick is to taste a very small amount of the seasoned/sweetened/salted water before you add the seeds. You don’t want it to be too salty but you want to taste the contrast between the salt and the sugar. Tonight I started by adding one table spoon or salt and 3 of sugar but with the amount of water I had it didn’t taste salty enough. I added one more spoon of salt but then I needed more sugar to balance it out so added two more. The result was the recipe given above. If you desire a stronger flavour, just add more star anise, salt and sugar next time. Store in a sealed container once dehydrated and cooled, some people keep in the fridge but mine are normally all gone by day two. 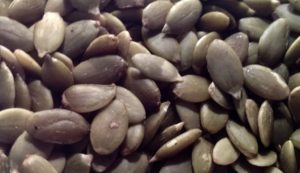 Finally, I am happy to take requests for future posts. Is there any Chinese dish or snack you miss and would like a recipe? If I can cook it already great, if not even better, I can try and work it out.