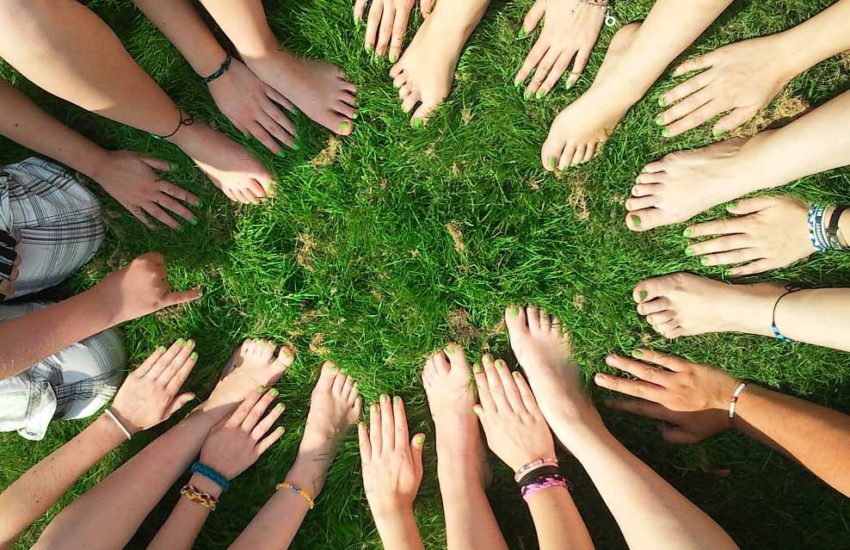 “I wish I had lighter skin.”

“I wish my eyes weren’t slanted.”

It feels as if my heart splits in two every time I hear these words. And I have heard those words uttered a number of times by the person most dear to me, my own husband.

The first time he absent-mindedly muttered something along the lines of wishing he were more white, I was incredibly shocked. Did he not realize that his “yellow skin”, his beautiful hazel eyes and his bouncy black hair were an integral part of why I loved him? Yes, this probably sounds like fetishising a person to the cynical observer. Who knows, maybe it is. But the big irony is that the very features my husband, on occasion, wishes he didn’t possess are the ones I love most about him, or in any case, the ones that make him…well, him.

However, I am coming from a very naive place. A place of white privilege. We tend to not like to talk about the sensitive issue of race and what happens when you are in an interracial relationship, especially one between a white person, whose historical baggage is one of colonialism and the resulting privilege, and an Asian person, who both in the West and in their home country is often looked down upon and has to some extent internalized that racism.

But talk about it we must.

“Why would you say something like that?! Stop talking nonsense”, is usually the exasperated reaction my husband gets when he utters these sad words.

But I’m making a mistake in that too. Because I love all these traits that make him “different,” I simply cannot begin to understand why he would ever wish them gone. If he did by some fairytale or horror story-type transformation become a stereotypical privileged white dude, I would probably not be interested in him anymore. And it’s not about the looks; it’s about the culture and the character attached to his race. He is the man I love, he is who he is, humble, helpful and hard-working,  because of his race and because of his culture.

But it’s not fair of me to dismiss his comments as nonsense. It is the truth that he had and will have it much harder in life than a white guy. He has it harder than his white wife. People he meets make assumptions about him and treat him a certain way because of the way he looks, because of his name and because of his accent when he speaks English – not his first language.

They don’t appreciate how tough it was for him to find himself all alone and without being able to speak much English in the U.K. at 16. How scary and challenging it was to be thrown into the deep end in a foreign country with a different culture, and having to navigate that. Or the fact that, even though he has two degrees from UK unis, prospective employers simply won’t consider him the right man for the job as easily as they would consider a white guy.

So, when my heart breaks for him and I just want to shake him when he makes comments like this, part of me does understand what he means. Who wouldn’t chose the privileged life, if they could?

If I’m perfectly honest I admit to sometimes having the same thoughts. I don’t know if you know the podcast “the Guilty Feminist”; if you don’t, you really should give it a listen. They open each episode with a game, “I’m a feminist, but…”. I’m a feminist but sometimes I wish I was a guy so I wouldn’t have to worry about whether I can combine having a career and a family or whether I’ll get that job despite having a uterus or whether having a child automatically means I need to do the lions’ share of the parenting.

So when my husband says “I’m a Chinese guy but sometimes I wish I were not”, as much as it pains me, I get it. But I still try my best to make him see that to me he is exactly right.